Our flock history dates back to the mid 1980 when Don started breeding Coopworth sheep at Strathdownie based on imported bloodlines. This breed was developed in NZ in the 1960’s as a cross between the Border Leicester and Romney with the, at the time, unusual requirement that the animals must not be shown, but must be performance recorded. From research papers we knew that maternal animals under traditional selection methods and confused by the show ring had very slow genetic improvement rates and key traits such as fertility had not improved for decades. The uptake of new technology based on measured performance and underpinned by economic benefits drew Don and I to Coopworth sheep and the people associated with them. Our early animals were recorded in the   NZ Flock Linc system up until the commencement of Lambplan in 1990 for terminal breeds and then in 1994 maternal LAMBPLAN was released.

Composites and their Benefits

During the mid 1990’s our self replacing Coopworth animals had some characteristics that were not favoured by the market place or suited to the Australian environment or production systems.

The four most problematic were strong skins on wether lambs,  lean and poor muscled carcasses and lack of growth rate creating  risk in a potentially short growing season if Australia experienced a dry spring finish or drought.

To remedy this problem we could either selected animals from within the Coopworth breed or looked into other breed types for genes that could quickly take our animals to the “production and economic sweet spot”.

It is vitally important that we remember that economics shape the sheep we farm. This ranges from their physical structure with those having good feet and legs and “stay ability” in our flock having low annual depreciation rates all the way to grid prices offered by the processor for lean meat yield. Meat grading systems and the price per cut along with rate of movement of product from supermarket shelves is soon to add to the economic forces that will further shape our animals.

The old adage “a good animal is a good animal” applies here so we went and accessed the very best market identified genes from various breeds in Australia and NZ.  This was helped by Lambplan, Sheep Improvement Limited in NZ and various progeny test trails that we entered during this period.

Our animals are market driven, economically focussed from the paddock to the plate and have a managed broad range to all traits allowing us to quickly move if market signals change.

Simply this is why we breed composites as the $ wins in the end.

Cashmore Oaklea stock meet all state and national health standards and are run in double fenced , plantation separated or no neighbouring sheep areas on our properties.

They are free to enter all Australian states.
Accompanied by National Sheep Health Statement and LPA vendor declaration.

The Cashmore Oaklea Ewe Sale will be held on Thursday 2nd December 2021 via Auctions Plus, starting at 12pm AEDT. See our Sales page for further information.

2021 Cashmore Oaklea rams will be sold on Auctions Plus on Friday 8th October starting at 10 am. See Sales page for further information.

2020 Cashmore Oaklea rams will be sold on Auctions Plus 9th October  starting at 11 am.

July 2020. Cashmore ewes only received 2 drenches in previous 12 months. Many years of selection for parasite resistance is now evident in the flock.

Lifting the percentile bar adds dollars to the bottom line 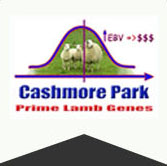 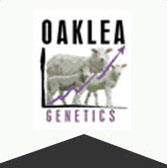